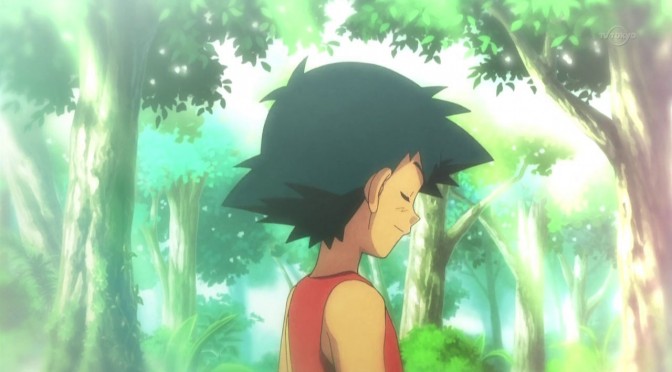 Who is Ash’s Father?

Takeshi Shudo, creator of the Pokémon anime, published in 1997 and in 1999 two books titled Pocket Monsters: The Animation Volume 1 and 2, in which he revealed some of the greatest mysteries of the Pokemon series. 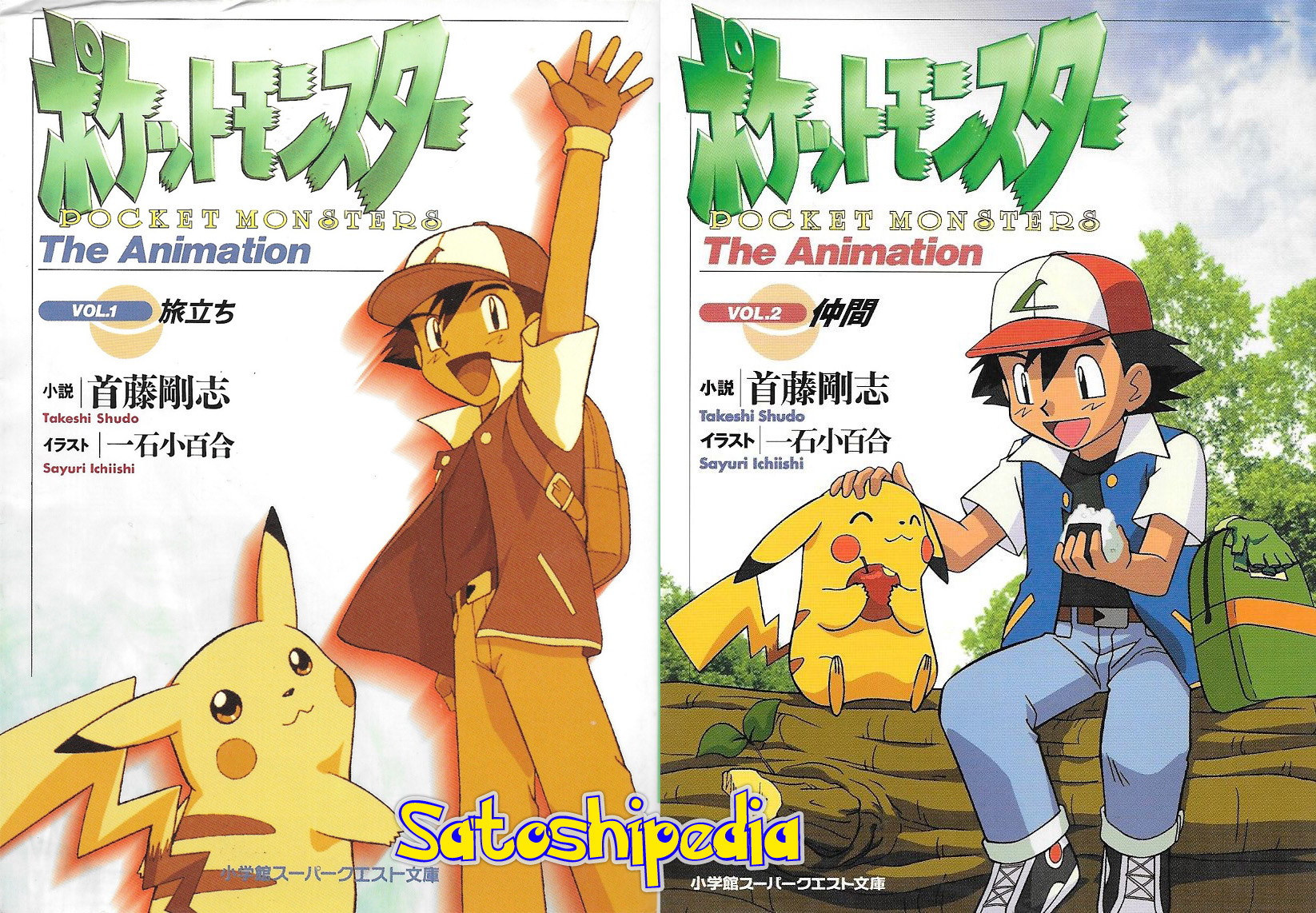 This is the chapter in which there are official information about Ash’s father:

“—I can’t sleep.” Satoshi said.
Hanako said with striking Satoshi’s pillow.
“Sure, I can understand your feeling. All the people of 10 years old and over are aiming to be a pokemon trainer in this town. Your dad, your grandpa —and yourself—.” When she said about Satoshi’s dad and grandpa, the pillow was like a punching bag.
“Dad and grandpa—”
A memory when Satoshi was five years old flashed across his mind.

It was the day when a PC was given to him for the first time.
Hanako said with staring at a brand-new PC.
“Hey, my son. I must say to you. —Your father and grandpa are great pokemon trainers. Aren’t they?”
Of course, Satoshi was believed so.
“Hey mom, tell me! What is my dad like? What sort of a man is my grandpa?”
When little Satoshi asked Hanako, she always gave the same answer.
“Your dad and grandpa are sooo surreal trainers who surpass the hero Ohkido Masara— possibly.”
“Surreal?” It wasn’t a familiar word for him.
“Surrealistic— super-realistic”
“They are superior men, you meant.”
“It’s something like that.”
But the day when the PC was delivered, superior dad and grandpa have been transformed into different persons. This is how it happened—
Hanako bobbed her head to little Satoshi.
“Sorry, dear. I told you a falsehood.” Hanako said to Satoshi with his mouth wide open.
“Falsehood—.”
“Surrealistic trainers. Surrealistic is super-realistic, super-realistic means to stand aloof from the reality—in other words, it’s a nonsense. Give me a break!”
A break should have been given to Satoshi more than her.
Hanako asked.
“Satoshi, when you begin to use a PC, you get into on-line communication, —don’t you?”
“Yeah” Satoshi nodded.
“Then, you access to pokemon-related web pages, and maybe you want to know more about your dad and grandpa.”
“Yeah, sure.”
“But maybe you won’t be able to know it. ”
“Why? ”
“‘Cause I told a pack of lies—.”
“Eh—?”
“It’s not a lie what your dad and grandpa aimed to be a pokemontrainer—it’s a fact—they are away on a journey, it’s an obvious fact, too.”
“Well.”
“But they became full-fledged trainers—”
“Well?”
“It is a lie, probably”
“A lie?”
“You have never seen the report your dad and grandpa were elected to the ten thousand best trainers in a magazine or a journal.”
“Yeah, I’ve never seen it.”
“But you are utterly indifferent to it because only the participants of the League Tournament of the year are put on the best ten thousand list. The great trainer called Pokemon Master don’t compete in Pokemon League—there are many great trainers even if the one aren’t put on the list.”
“Well”
“But if you check out www I’ll be completely at a loss for a reply.
“www?”
“Yeah, you can get easily on www the membership list of the World Pokemontrainers Association—all official trainers are on the list—I hear the names of official trainers are a billion including the deceased in the list.”
“The membership list? That’s the first I’ve heard of it.”
“You can get it. Then you can search easily for your dad and grandpa’s names by PC even if there are a billion official trainers. So— I say before you search for it.—you can’t find the names of your dad and grandpa.”
“Why?”
“Your dad and grandpa aren’t authorized yet. In other words, they don’t become quite official trainers yet.”
“H’m”
Long silence hung between Hanako and Satoshi for some time.
“What are they doing now? Dad and grandpa?” Satoshi asked.
Hanako shrugged her shoulders.
“I don’t knoooow. Even if they are aiming a trainer—their names had never been put on the list—it’s so fruitless—”
“It’s so fruitless—”
Satoshi repeated Hanako’s words.
Because Hanako hate gloomy mood, she said it as if it were nothing important.
“But, it doesn’t mean your efforts are fruitless. Don’t mind about your dad and grandpa, from now on. It is up to you whether you become a trainer or not, Satoshi.”
“Drat! Uncool!”
“Yeah, uncool. Sooo uncool.”
Hanako smiled.
It was a relief to her to realize that Satoshi wasn’t a deeply shocked.
Satoshi’s feeling was as his word—“Uncool!”.
His dad and grandpa are not always here closely but he had seen them only by photographs.
To five-year-old Satoshi, it doesn’t seem real story.
Whether his father and grandfather are great trainers or not, he didn’t change his mind to want to be a pokemontrainer.
But she murmured occasionally.
“Satoshi’s dad and grandpa are still now on a journey somewhere with the aim of becoming a pokemontrainer—How I envy them!”
Even if she murmured occasionally, he heard it so many times because it reached his ears until the time he become ten.
It was only natural that Satoshi dreams of becoming a pokemontrainer.
But Hanako didn’t mutter because she was anxious for their safety.
Because Hanako loves pokemons, she herself wished to be a pokemontrainer.
If Hanako wasn’t the successor of her mother’s restaurant, she would have gone on a journey at 10 years old to training for pokemontrainer like Satoshi even if she steamrollered her mother’s opposition.
They said that it had better go into training while young to become a good trainer.
But I’m my teens, so enough for it.
If someone who succeeds my mother’s restaurant appears, I will leave it to the one and start on a journey immediately.
Hanako wasn’t given up.
But—
It was one day when she was 18 years old—Hanako’s mother was still living.
She fell in love with a traveler wanted to be a pokemontrainer who stayed at her mother’s inn at first sight. She went into rapture that she felt absurd for herself, instantly got married to him.
But he set out on a journey, and he never again return home.
To make matters worse, her mother instantly passed away of a disease, Hanako inherited the inn and a newborn baby.
“Do you love him even now?” If she is asked, she will reply “No, sure!”.
If a woman like Hanako was abandoned and her husband return home after 10 years shamelessly, she will ignore him because It is too absurd to get angry.
Hanako made up her mind to bring up Satoshi until he starts on a journey with the aim of becoming a pokemontrainer by herself.
It is natural—Hanako thinks so.

Source
We’re sorry for all our eventual grammatical and lexical mistakes. We’re Italian and we’re trying to do our best