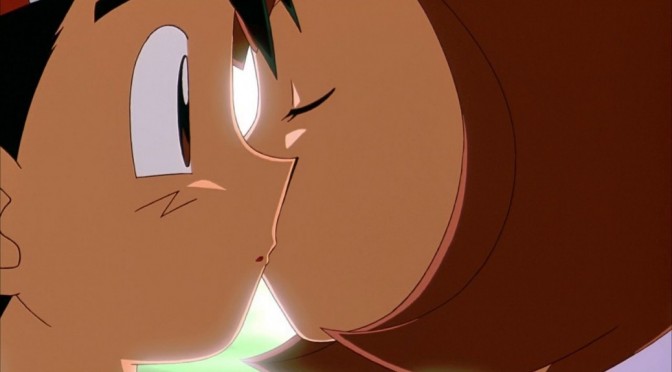 The creator of the Pokémon anime has stated that a love affair in the anime would mislead the pattern of the story. However, it was of course possible that many girls (including Pokémon-girls!) fell in love with Ash because of his personality, as it has also happened that Ash has had, or at least appears to have had, some small crushes.

this does NOT refer to shipping, but to objective events in the animated series.

Girls and Pokémons who have a crush on Ash

The first amongst all is obviously Misty.  Although, for the reasons explained at the beginning of this article, Shudo said that between them there’s not a love affair. However, he did not rule out that Misty could be in love with Ash, because, as he himself explained, even at the beginning of the story she was “the age when girls fall in love“.

One of the storyboarder of the animated series revealed that Misty and Ash really like each other, but they didn’t realize that. This is made clear by some unequivocal scenes from episodes and movies. 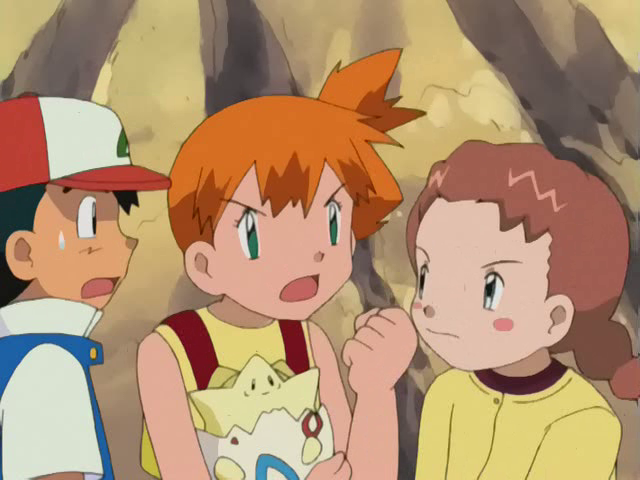 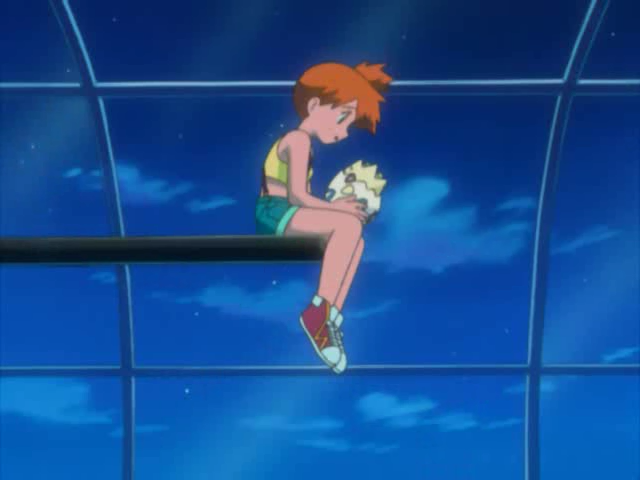 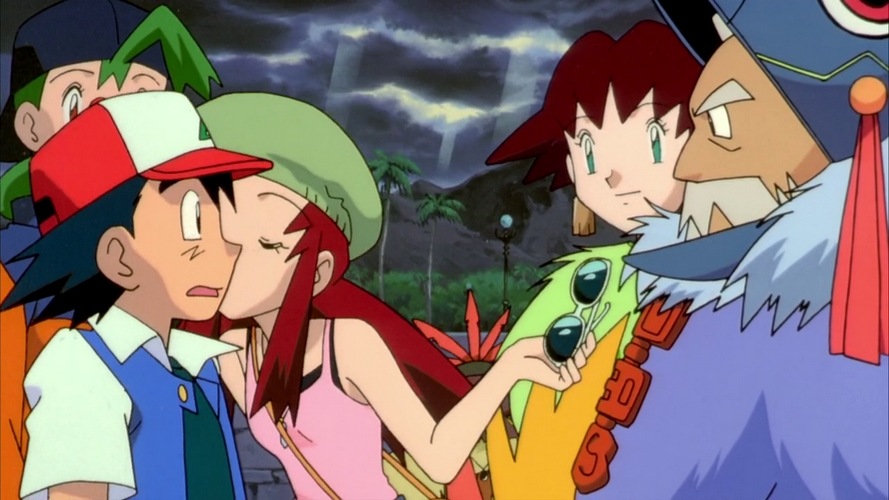 Melody is one of the protagonists of the second movie. It is not clear if she actually had a crush on Ash, but judging from some of her behaviours towards him, it probably could be. To avoid any mistake, however, she is included in the list. 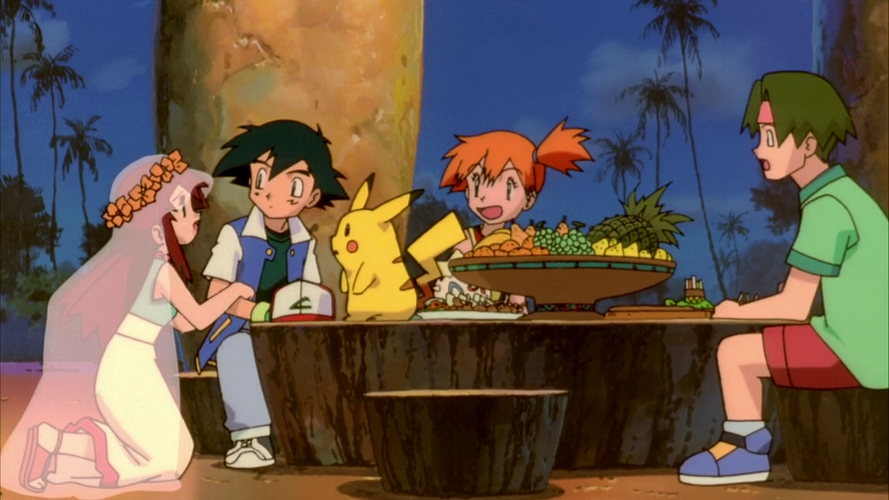 In many ways Pokémons are similar to humans.
Therefore, it is also possible that some of them could fall in love with a human. The case is the current Ash’s Bayleef (for those who still don’t know, it’s a female), who is impressed by the courageous and caring attitudes of his trainer, often showing a lot of jealousy towards him …. especially against Pikachu!

Still talking about Pokémons, Latias too (protagonist of the film Pokémon Heroes) has literally shown to have a crush on Ash .

During the course of   the movie,   several times it transformed itself into a human girl to lure Ash, or to ask for his help, also taking the opportunity to hug him and even kiss him. 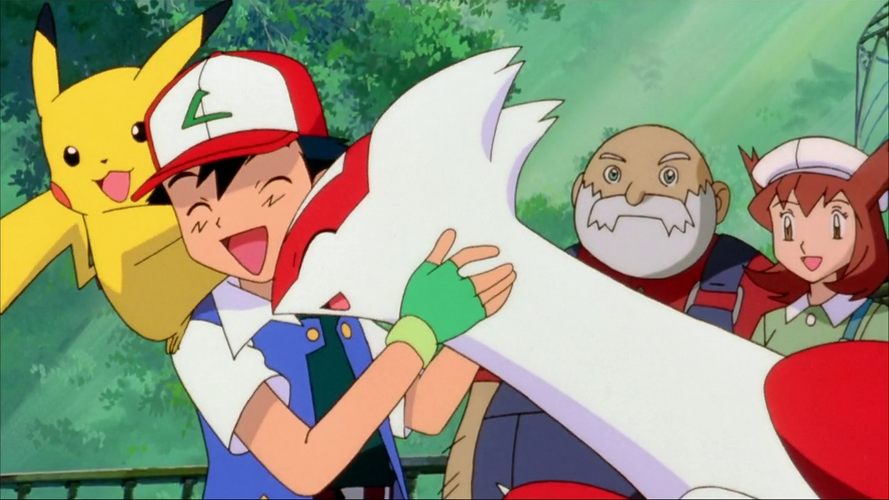 Macy is a girl who has participated at the Johto League. After being rescued by Ash, she develops a crush on him… lighting up the rage and  jealousy of Misty! 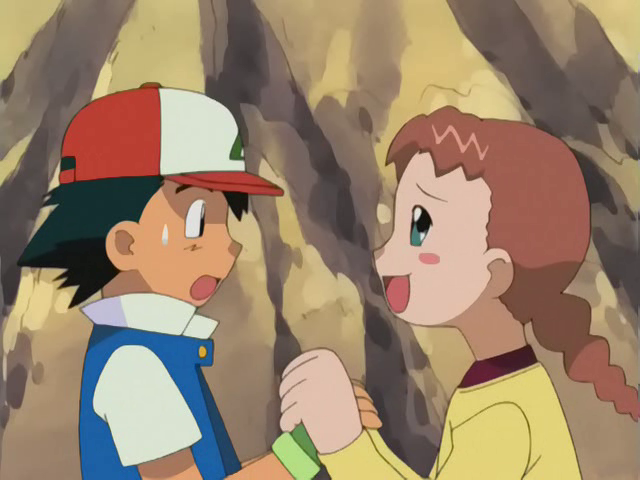 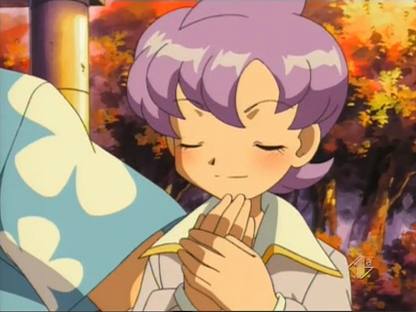 Anabel is one of the strongest Frontier Brains of the Kanto region, due to the way she can communicate with Pokémon, which is  similar to telepathy. Also, she is particularly impressed by Ash’s qualities that we all know about, making her fall in love with him. Dawn has never openly shown it, perhaps because she actually did not realize it. However, according to several sources (but also judging from some of her behaviours), she seems to have had a crush on Ash, or at least a special admiration for him.

Angie took part to the Pokémon Summer Academy in the Sinnoh region. Initially she quarreled and competed with Ash, but after being saved by him a couple of times and after having better understood his character, she too ended up falling in love with him. 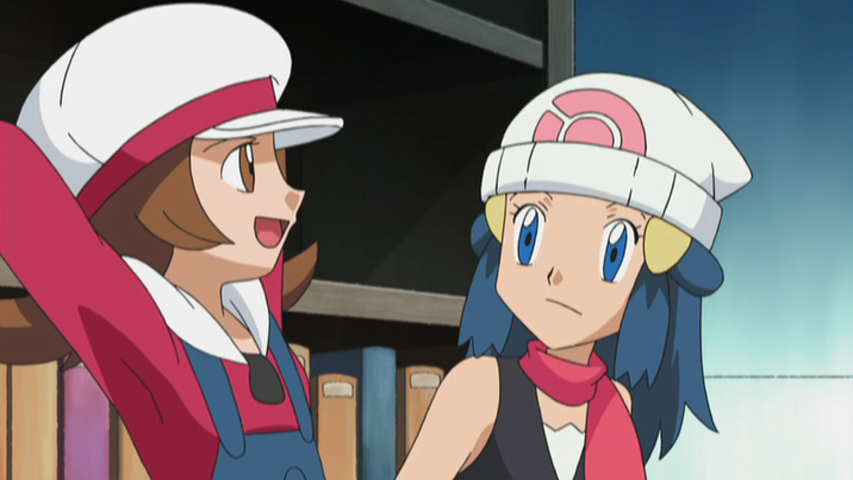 Lyra is the female protagonist of Pokémon Heart Gold & Soul Silver, who appeared in several episodes of the DP series in occasion of the release of the two games. In one episode she confided to Dawn that she was attracted by Ash.

Serena is the female protagonist of the series XY.

She met Ash many years before, at the Professor Oak’s Pokémon Summer Camp, in Pallet Town. One day she got lost in the forest and hurt her knee. In that moment she met Ash, who bandaged the wound and encouraged her because she was afraid of not being able to get up. Then Ash pulled Serena up, making her stand on her feet, and she found herself embraced to him.
Then Ash said, “See? You made it!”and took her back to Camp. Of course, Serena immediately  falls in love with the boy, and having found him in the Kalos region, she too decided to travel in order to be with him. 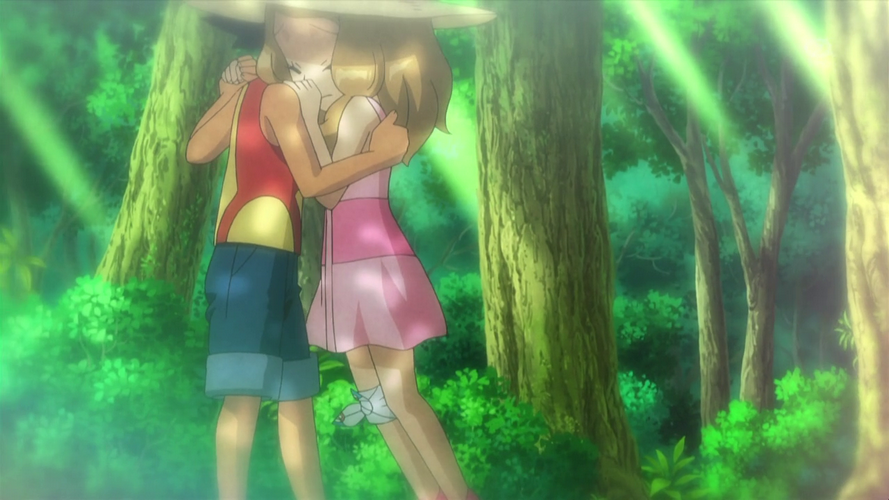 In the last episode, Serena kisses Ash on the lips. This was confirmed by the director of the series XY/XYZ in an interview (Tetsuo Yajima). The scene was made ambiguous because it was not possible to insert it directly in the episode, so there was the idea of using the escalator. 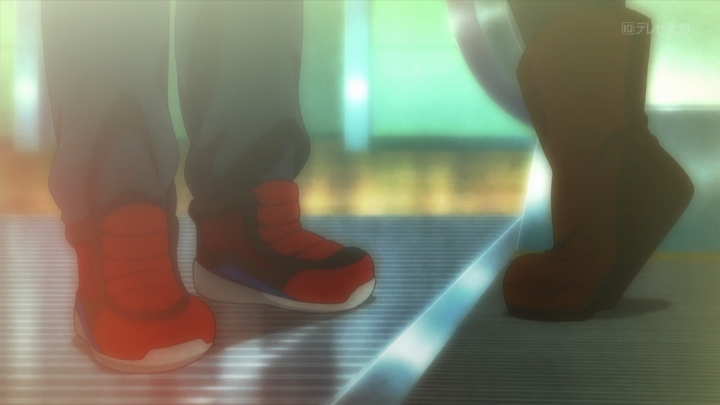 Yajima himself said in an interview:

“They didn’t become a couple in the episode itself, but the way I ended it is meant to wake you understand that they’re probably going to become one later. Serena tells Satoshi that she’s going to improve herself, and then come back to him”

The japanese Show “Pokenchi” could have confirmed that Serena is “Ash’s girlfriend”(canonizing a future relationship between them). Also, Yajima has revealed there were planned more scenes after the kiss: It seems that Ash had tried to take a step forward Serena and tried to say something to her.

Another message is that of the flowers seen in the scene where Ash returns home. These flowers are known as “Baby Breath Flowers” which are used in wedding cerimonies. But they also mean “Family reunion”. Yajima remained cryptic about the True meaning of these flowers, but he confirmed that he left a message in them indeed.

Miette is known to be Serena’s love rival. During the episode 26 of the series XY ( A Battle by Any Other Name!) she has repeatedly demonstrated a particular interest for Ash, sparking the anger of Serena;
At the end of the episode Miette advised her to “wake up”, otherwise she would have taken Ash away from her. 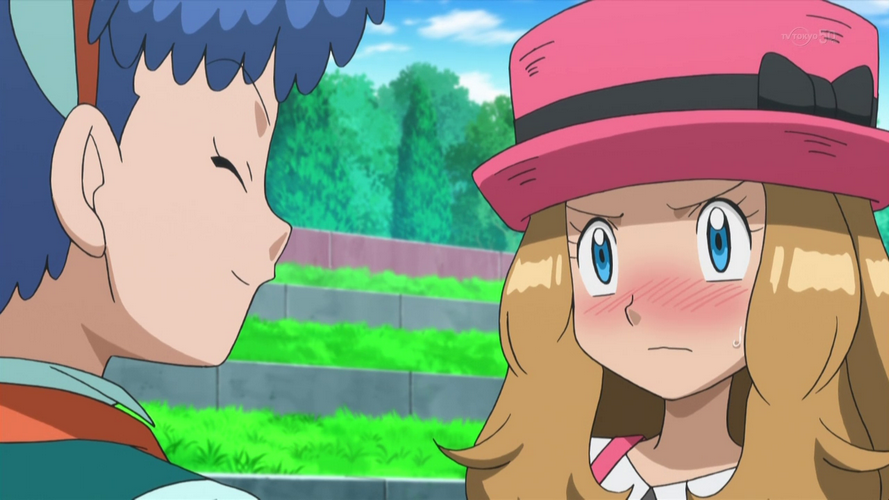 As mentioned at the beginning of the article, Ash returns feelings only for Misty, to whom he is always very fond of; this is shown by his attitudes and by the way he talks about her to other friends. In addition, Ash is really jealous about the presents she gives him (a handkerchief and Misty’s special lure), not allowing anyone to touch them.

In the episode 9 of the first series (The School of Hard Knocks) Ash met Giselle, the most beautiful girl in the school, for which he developed a crush along with Brock.

Girls of the Pokémon Circus

Although this is not considered a real “crush”, in the episode “It’s Mr. Mime Time“, (first series), Ash was asked to dress up as a Mr. Mime to help the girls of a circus, who were desperate because their Pokémons didn’t want to work. Ash categorically refused to disguise himself, but as soon as the girls softly re-asked it to him, he blushed and accepted the task, smiling. 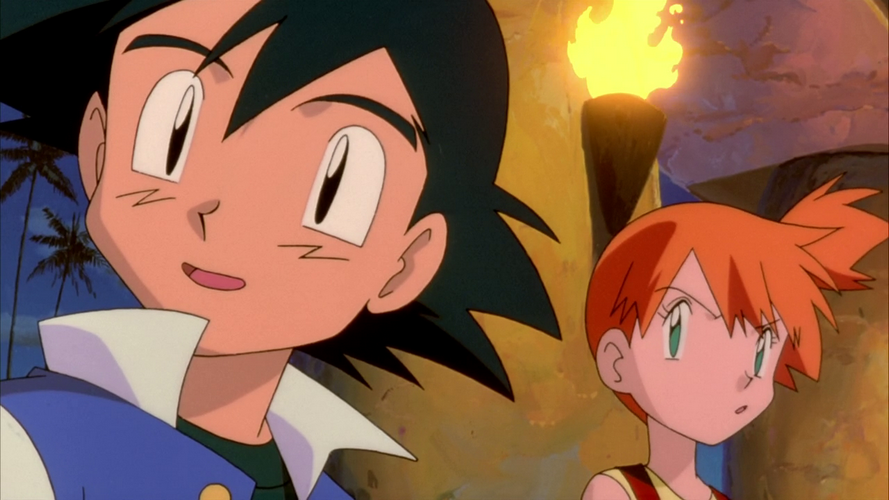 In the second movie, Ash showed attraction to Melody, setting fire to the jealousy of Misty. 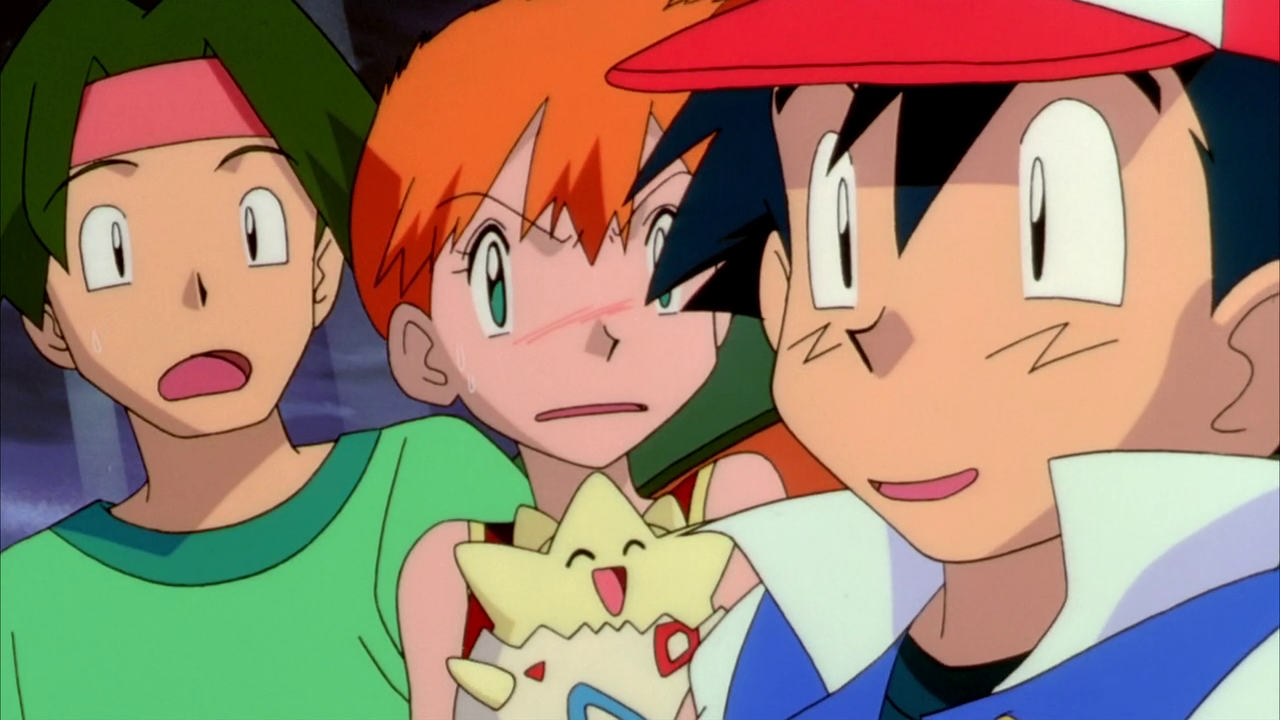 In the movie Pokémon Heroes, Ash saves Latias, who took the form of Bianca that, once out of danger, misteriously disappears. When, later at the museum, he sees Bianca, Ash starts to behave oddly, trying to reach her at all costs, not knowing that, in reality, she wasn’t the girl he previously saved. Ash’s behaviours bring the thought that he could have had a crush on Bianca.