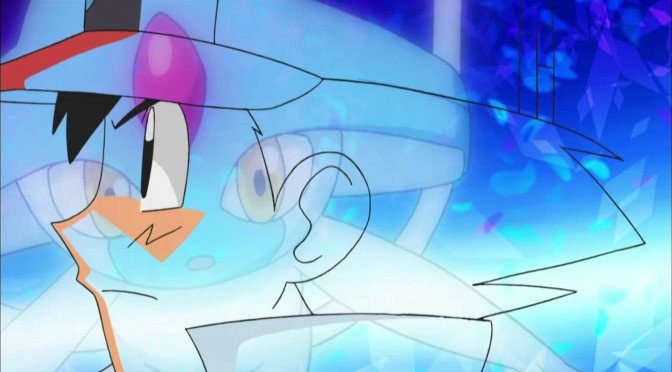 Everybody knows Ash Ketchum as a skillful Pokémon trainer, but the Pokémon anime has also shown his innate peculiarities and quirks several times.

In this movie we find out that Ash is the chosen one of an ancient prophecy of the Shamouti Island. It recites, amongst the many verses: “A Great controller shall calm the God’s anger“. 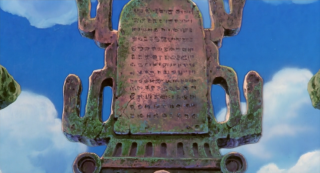 Intially, when all the inhabitants were celebrating, unaware of the imminent tragedy, Ash is elected as ‘chosen’ simply because of his abilities as a trainer (he can “control” his Pokémons, as old Tobias said). During the festival Ash was asked to demonstrate that he was the chosen one by a ritual, that consisted in collecting three treasures located in some small temples consecreted to the three Legendary Birds: in the Fire Islands, Ice Islands and Lightning Islands. 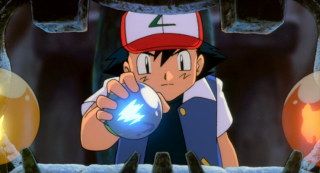 Ash found two of the three treasures by accident and managed to take those away. This showed that he really was the chosen one, the only one to find the last treasure and save the world.
In our version the prophecy refers to him because of the name “Ash”. In the english version the prophecy actually says “Thus the Earth shall turn to Ash”.

In the eighth movie “Lucario and the Mystery of Mew” we find out that Ash has a particular gift: he has the same Aura as Lucario.

There are some special people in the Pokémon world that have a well developed Aura, like Lucario’s. In a distant time, these people were called “Aura Guardians“.

Aura is an energy emitted by every living thing; in japanese is also called “Ki“. Aura Guardians can sense it, and with the right training, control it. 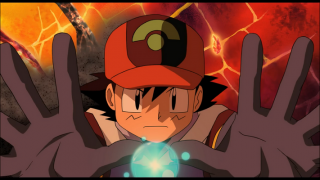 As far as Ash is concerned, many episodes show he has this ability. 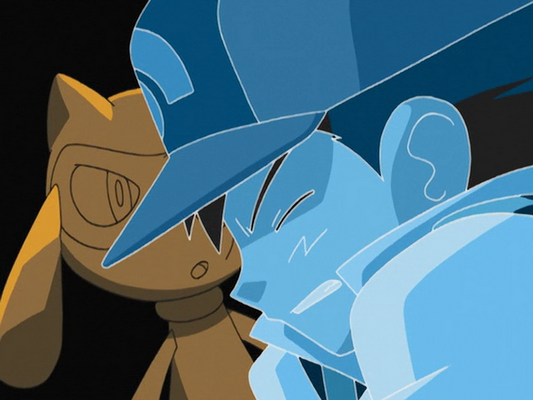 For example in the episodes “Pokémon Ranger and the Kidnapped Riolu” Ash could locate and comunicate with Riolu (Lucario’s pre-evolution), anywhere it was thanks to the aura. His ability has proven useful to Ranger Kellyn in order to rescue the Pokémon.

In the episode “The Keystone Pops!” Ash saves a village from the fury of a Spiritomb. A locald elderly woman states that Ash is a Aura Guardian, like the hero that saved the village centuries ago from the same Spiritomb. Ash then answers that he only wants to become a Pokémon Master and he’s not interestes in training his aura. 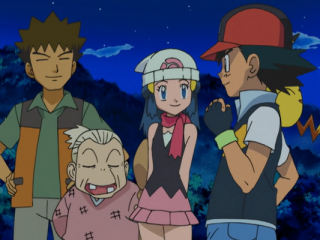 King of the Sea

In the movie “Pokémon Ranger and the Temple of the Sea” Ash is elected King of the Sea because he saved the temple by putting the Sea Crown in its place.

The legend (in the original version of the movie) says: “Thee who holds the Sea Crown shall become the true King of the Sea ” so, because Ash has protected the crown he has also become its owner. He has also used it in order to save his friends from the threat represented by Phantom. 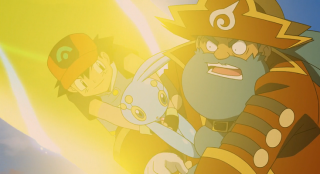 Ash, The Being of Willpower

In Diamond & Parl series it turns out that Ash, Dawn and Brock are connected to three pokémon: Azelf, Mesprit and Uxie. They are respectively defined as “The Being of Willpower“, “The Being of Emotion” and “The Being of Knowledge“. Moreover, these beings perfectly reflecting the personality of the three trainers aforementioned.

Azelf chose to connect to Ash because he has always used his strong willpower to protect Pokémon.
There is a strong bond between the two. As a matter of fact, Ash is able to feel the pain of Azelf. The latter, instead, can contact Ash in his dreams and can even “summon” him, teleporting him everytime it needed him. 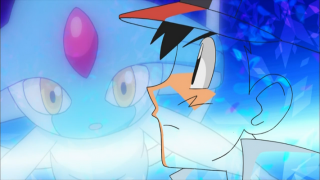 Ash encountered Azelf for the first time in the episode “Pruning a Passel of Pals!“. 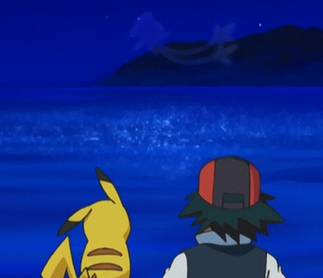 Unable to sleep, he decided to take a walk at Lake Valor and once being there, as previously happened to Dawn, he saw the spirit of Azelf which came out of the water and then dove back.
It wouldn’t be until “The Needs of the Three!“ that Ash would see Azelf in its true form. Azelf contacted Ash in a dream and warned him of the destruction of the world, because of Team Galactic.

When Pokémon Hunter J awakened Azelf from its sleep throwing a bomb in Lake Valor, Ash felt a severe pain at his head because of his connection to Azelf.

Ash rescued Azelf from Team Galactic. Later, Ash and Azelf, through their connection, managed to help Palkia and Dialga calm and by doing so they also saved the world from destruction. 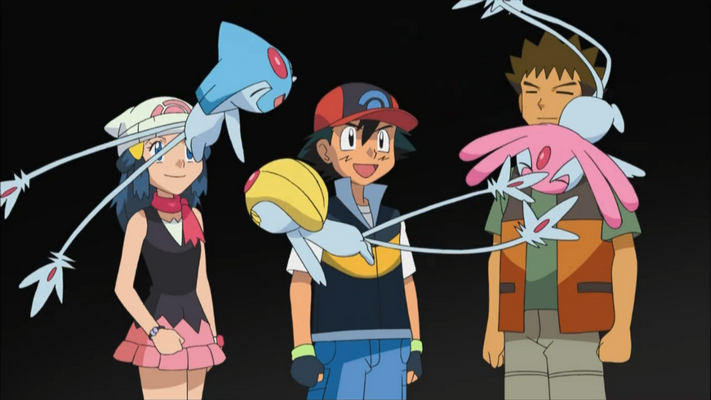